Richard J. Judge, Jr. was admitted to the State Bar of Texas in 1999. He is licensed to practice before the U.S. Court of Appeals, Fifth Circuit and U.S. District Court, Southern, Northern, Western and Eastern Districts of Texas. Mr. Judge received his J.D. in 1998 from South Texas College of Law, where he was a member of Phi Delta Phi International Honors Fraternity. He received a B.B.A. (Finance) in 1993 from The University of Texas at Austin. 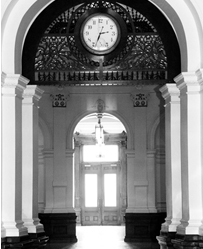